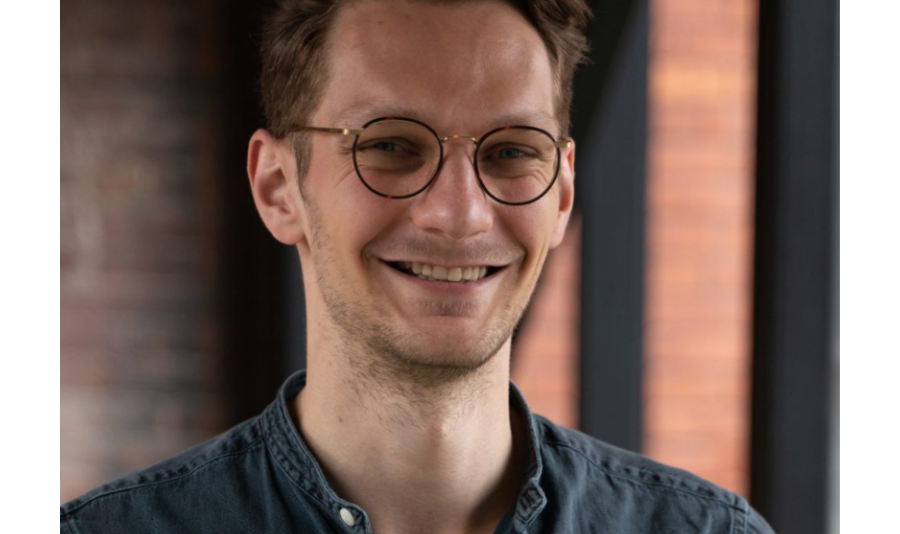 At the OSMO Cafe bar, Vince Haeger COO and co-founder of Consilium Crypto puts down his cup of latté after taking a sip.

“It was in 2019, deep in the winter crypto bearish market, after telling them we’re looking to raise $600,000, the silence from the nearly eighty investors was very present” recalls Vince about launching the first investment round for Consilium. However, the startup whose office has been running at the Notman house since 2018, would not give up.

It would be two years of sailing the Atlantic before Vince set foot on land in Montreal, Canada where his sister was already living. He loved the city so much that he didn’t hesitate one second to enroll in Mechanical Engineering at Concordia University. This choice of career was obvious, considering all those summers spent at his uncle’s workshop in Dortmund, where he learned the secrets and parts of automobiles to the point that, at sixteen, they reassembled an entire car together.

After two years studying in his field, the doubts arisen. He then decided to drastically change course and began, with new winds, a degree in finance. It was in the last year of his undergrad that his now business partner and co-founder Austin Hubbell invited him to join a fintech startup in proprietary trading.  “We proposed to them to not only look at the FOREX markets but also to go for the new crypto currency market, but they didn’t like the idea. That’s how I set my foot in the startup world, it was brief. So I went back to university to finish my undergraduate degree.”

However, that first brief but firm step would stir the seas that any entrepreneur would never hesitate to sail. Months before graduating, like a wave breaking on his voice, Austin came back to him and said, “Let’s do it again, but this time, we are the founders.”

In 2017, Consilium Crypto was launching into the startup sea that took it to Toronto and Montreal to be part of incubators and accelerators, including Holt Accelerator (2018) and CDL (2019). The company was starting to take off thanks to its first investments and projects well underway. But Montreal, one of the pillars of the Canadian startup ecosystem, like a lighthouse to which boats flock, beckoned in the distance.

“For us to be in an environment with people who shared the same struggles and the same aspirations is a great motivator. Once inside Notman House, it was not only about having that access to people but also giving back by participating in the community. Also, if we need to approach VCs, Fonder Fuel or Techstars, Notman is like that person who shows you around and opens the doors for you to meet them. And without that open door, it would be very difficult to get that first meeting”, explains Vince.

One of those doors at Notman house is called Google for Startups, which makes products and connections available. “It was huge for us, especially for a fintech company, to have access to services and, of course, the Google Cloud credits were very helpful”, says Vince. The entrepreneur remembers Nick Feller, Google’s Cloud Customer Engineer, walking into the Café OSMO wearing a baseball cap, waving politely as he sat down, looked up and set aside his computer. At this moment, Nick said in a pleasant tone, “Guys, I don’t need that, I’m here to meet you, to hear from you. I want to listen to you all and then teach you what I can teach you”.

“This helped us to further develop our structure plus Google was well aware of how and what we were using the credits for. If it wasn’t for the connection between Notman and Google, our growth would have been stunted significantly”, assures Vince about that 2019.

After that silence that flooded the room, floating was not an option, “We are not going to give up, we are not going to stop in this fundraising, we have to keep trying. As long as we keep growing we will try to get investment, at some point people will call and ask Hey, do you accept investment? you’ll see!”

And one day, the call came.

By January  2020, nine companies invested in Consilium Crypto $600,000 USD, which allowed them not only to maintain the team but to hire more professionals in times when the pandemic made the most optimistic doubt. “Many startup companies saw their investors’ funds withdrawn at the last minute,” adds Vince, who believes that while fortune was on their side at the beginning of 2020, that for many, delivered what it promised to be: a year of crisis. Part of the stability of the startup’s growth is due to the strong personal connections and shared vision between team members.

“When I was traveling on a ship for months at a time, all the luggage, people and belongings  cohabited the same space. It was impossible to be indifferent to each other. That’s what we have put into practice since we formed the first team at Consilium , if we want to be productive we need to respect each other’s way of working and at the same time get involved in team projects, otherwise we won’t move forward”, concludes Vince, who has been served another Coffee and lets us understand that, while in Notman the synergy of an ecosystem floods its corridors, the synergy in a startup also navigates inside.